2 Businesses That Have Failed, And What You Can Learn From Them 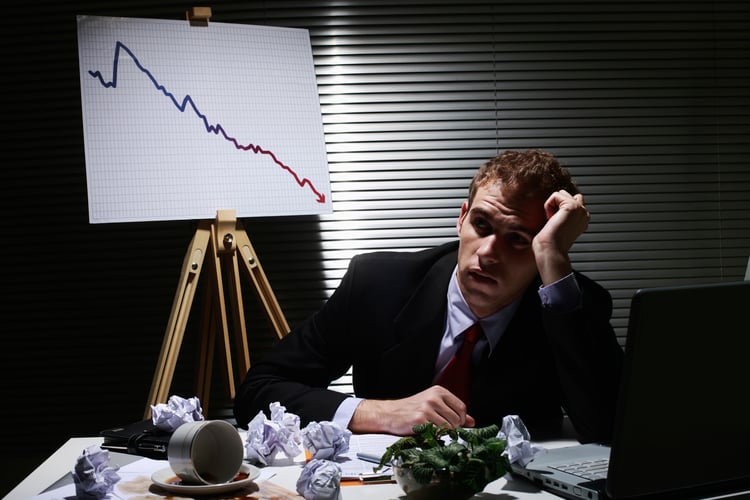 There are several reasons that businesses fail; changes in the market, leadership issues and strategic failures are just a few of the many things that can cause a company to close its doors. A recent study revealed just how common business failure is, reporting that not even half of business start-ups will survive past five years.1

As the following examples clearly illustrate, business failure has no borders, affecting companies both in the UK and abroad.

Compaq – A Victim Of Rapid Growth

Growth can be just what a company needs to send it soaring. However, rapid growth can also cause rapid decline. Such was the case with Compaq, who was once the world’s largest supplier of PCs. This company’s focus was to differentiate itself from the competition by ensuring its systems had better performance and higher-quality graphics, as well as being more reliable, all while coming in at less of a cost to consumers.

To achieve this goal, Compaq enlisted costly assistance from experienced marketers and engineers, and obtained Intel as a partner. Not only did this place the company ahead of its competitors at the technological level, but its well-known partner gave Compaq high credibility. It also resulted in the company becoming the first start-up to ever reach £80m ($100m) in sales at the speed it did.

Just four years after it got its start, Compaq was earning record sales to the tune of £260m ($329m), making it the youngest firm to ever make the Fortune 500 list. But it would only take two decades for the company’s road to success to come to an end.

Hewlett-Packard acquired Compaq in 2002 when the latter became mired in nearly £1.5bn ($2bn) in short-term debt. At the time of its purchase, Compaq shares were going for a song - £9.50 ($12) per share from a previous £40 ($51). Eleven years after that, Compaq’s brand name was discontinued.

This company became one of many unfortunate victims of the dotcom boom and bust that occurred during the late 1990s and significantly impacted technology stock prices. However, this wasn’t the cause of its eventual end. It was the company’s rapid growth and the correlating high risk associated with that growth that caused its demise.

Not only that, but Compaq’s goal was to dominate nearly all aspects of the computer industry, and in doing so, it was distracted from activity that may have saved it, which was to sell PCs to businesses.

Comet – A Lack Of Differentiation And Customer Attention

Comet represents a great example of the necessity to remain relevant, even if you’ve been around awhile. Formed in 1933, Comet began its business life as a battery shop, selling and recharging wireless radio batteries for its customers.

Business really took off for the company in the early 1950s, thanks to a rapid increase in demand for wireless radios that inspired a refocus of the company to radio rentals, complete with an accompanying name change. The first Comet Radio Rentals retail store was soon opened, closely followed by several other shops.

Comet enjoyed expansion beyond Yorkshire after 1964’s implementation of the Resale Prices Act, which allowed it to reach national status as a discount retailer. The company offered prices that none of its competitors could match: 45% lower than the manufacturer’s recommended retail price. It was only a few years later, in 1972, that Comet went public and expanded yet again, this time into retailing discount gas appliances. This led to the opening of even more shops, putting the company at 50 outlets by the end of 1976.

Then American retail giant Wal-Mart entered the UK market when it bought Asda for £6.7bn in 1999. This drastically reduced the value of Comet chain stores by nearly £700m when Asda’s new management announced its intention to offer discounts of up to 60% on some electrical items. This left Comet with no choice but to match this figure, which ended up costing it dearly.

The final nail in the Comet coffin came with continued market share losses following a 2005 re-branding campaign that cost the company £20m. Comet continued to try and keep up with the popularity of online retailers, establishing its own online business in the early 2000s. But 2007’s global economic crash proved too much for the company to handle.

Comet was unable to maintain a sustainable position because the company was always focused on the price of its goods, and neglected the importance of both customer service and quality in-store experience.

Learning From Both Success And Failure

These two failed giants did so because they didn’t learn from their mistakes. There is nothing wrong from learning from success; however, concentrating solely on this will not provide accurate results in the long run; it will only increase the chance of similar failures in the future. Embracing change and adjusting to it by studying both failures and successes is the key to business longevity.

If you would like to speak to one of our advisers about how a new business plan can help reboot your company, please call us on 0333 014 3454.